SOCRATES
Socrates was born around 469-470 BCE.
He is famous for introducing a way of learning that engaged the students in a dialogue- the question would be put on the table- and thru rigorous debate- you would come to an understanding thru the process of questioning.

This is referred to as the Socratic Method.
Socrates came on the scene during the famous Spartan wars.

The other day I watched the movie 300- which depicts the battle between the city state of Athens against the city/state of Sparta.
As you know- the Athenians suffered a great defeat at the hands of the Spartans.
The Spartans were outmanned by the Athenians- but their motto was ‘come back with your shields- or on them’.

They were a true warrior nation- trained to fight from their youth- and this defeat sent the people of Athens into a time of disillusionment.

They questioned the power of their gods- and a sort of malaise fell over Athens after the defeat.

This was when Socrates entered the fray- when the people had many questions about life.

He was called the Gadfly of Athens- a title that would also be given to the 19th century Danish father of existentialism- Soren Kierkegaard.

They were called Gadfly’s- because they were like flies that would pester you- and elicit a response.

The leadership of Athens saw Socrates as one that was stirring up the youth of his day- and creating discontent among the populace.

He rejected the many god’s of the day- but did have a belief in a single deity- he- like the Christians 4 centuries later- would be accused of atheism- because of his rejection of multiple god’s.

He was sentenced to death in 399 BCE- and his form of execution was drinking Hemlock.

His most famous student- Plato- spoke with him before his death.

Many were surprised at how willingly Socrates faced his demise- and this willingness had a great impact on those who witnessed it.

Socrates never wrote anything- but most of what we do know about him comes from the writing of others- most notably from Plato’s Dialogues.
Plato wrote down what Socrates taught- In his writings we see Socrates engaging in this method with various people- thus the name of Plato’s works- Dialogues.

There is a debate about how much of what was written about him was actually true- Plato did add his own ideas into these debates- and the controversy about this is so strong that we actually have a name for it- the ‘Socratic Problem’.
During the time of the disillusionment of the Athenians- there were a group of philosophers known as the Sophists.

Philosophy itself means The Love of Wisdom.
In our day the words Sophomore- Sophistry and Sophisticated are derived from this root word.

The Sophists were the original Pragmatists.

Pragmatism is a form of belief that says ‘do what works- regardless of the ethical implications’.
We will get to Pragmatism at the end of this whole series on Philosophy.

But for now- we see the division between what Socrates taught- and the Sophists.

Socrates did indeed teach a form of Ethics- which contrasted with the Sophists.
He said that the pursuit of virtue was better than the pursuit of wealth- much like the words of Jesus ‘what does it profit a man if he gain the world- and lose his soul’.

His most famous saying is ‘The unexamined life is not worth living’.

He emphasized the importance of mind over body- which inspired Plato’s philosophy of dividing reality into 2 separate realms- the world of senses and the world of ideas.

Socrates actually challenged the Democratic process- he believed it better for the wise men- the Philosopher Kings- to run the show.
Athens did have a form of Democracy at the time- and because of the rise of the Sophists- and the itinerant teachers- you had sort of an election process- much like in our day- where those who would attain office were those who spoke the best- and made the best public argument.

We elect judges and stuff in our day- and even presidents- not because they are the most capable- but because they ran the best campaign.

So- in a way I agree with Socrates- at times I think we need a better process of electing those to higher office- then the one we have now.

It’s important to note that even though we started this study with Thales- and in the study of Western philosophy it’s commonly understood to have started with Thales.

Yet- Socrates seems to be the Father of philosophy in many ways.
He probably has had the most influence in the field philosophy- and the 2 great philosophers that we’ll get to next come right out from the heels of Socrates [Plato and Aristotle].

Why is this important to note?
As we progress in this study- and get closer to the 19th/20th century philosophers- we will see a trend- away from the idea that there are actually any ethical values- moral virtues- or ‘right or wrong’.

These philosophers dabbled with the idea that values themselves are the cause of man’s problems [Freud].

So- keep in mind- one of the main streams of thought in the early stages of philosophy was that values were indeed the main thing- Socrates challenged the Sophists of his day- he said that moral virtue was very important- that to live life with the values of courage- honesty- self-denial- these were the things that made men good- noble.

The bible says ‘the fear of the Lord is the beginning of wisdom’ ‘those that seek the Lord understand all things’.

Christian tradition would agree with Socrates in many ways- Jesus showed us that the virtue of service to others- to love your fellow man- to honor God- that these were indeed the heart of the matter.

Socrates feared the loss of virtue in society- that if we simply lived for the present time- with no higher values [a form of hedonism] then the foundations of society will erode.
He also believed that it was good to question things- not to simply believe a thing for the sake of believing.

Over time- thru debate and the discourse of other people- he believed you would get to the truth.

The bible says ‘in the multitude of counselors there is safety’.

Yeah- as people have a conversation- as they dialogue- often times they themselves come up with the answer to the question.

The apostle Paul penned the letter to young Timothy- he said ‘preach the word- in doing this you will save yourself- and those that hear you’.

Yeah- when you engage- and even try and teach others- this will have an effect on you too- the actual act of engaging- of teaching- often brings more insight to the one doing the communicating- then the ones who hear.

Yeah- I like Socrates- he believed in what he taught- he drank the Hemlock- knowing full well that his life would pass- but he had belief- faith- that after death man would pass over into another realm- a much better one.

No- he was not ‘Christian’ in the traditional sense of the word- but he was about as close as you could get- for his time. 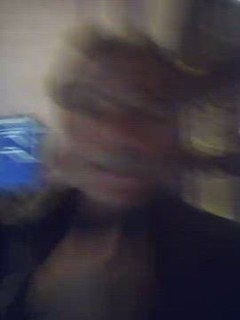