Sunday Sermon
[Post below]
Blog- https://corpuschristioutreachministries.blogspot.com/
The blog is my main site- on some sites if you click the link it gives a ‘warning’- if that happens- simply type the address in or search on google- the site is safe- the most up to date posts are on the Blog.
Site- https://ccoutreach87.com/
Follow us on Facebook- https://www.facebook.com/john.chiarello.5?ref=bookmarks
Subscribe to our Youtube channel- https://www.youtube.com/channel/UCZ4GsqTEVWRm0HxQTLsifvg?view_as=subscriber
Follow us on Instagram https://www.instagram.com/john.chiarello/channel/
Friend us on VK https://vk.com/id533663718
Friend us on OK https://ok.ru/profile/589985645111
Follow us on Tumblr http://johnchiarello.tumblr.com/
Follow us on Twitter https://twitter.com/ccoutreach87
Connect on Linkedin https://www.linkedin.com/home?trk=hb_logo
Watch our videos here- 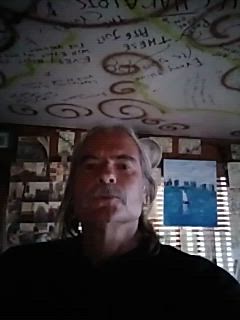 https://www.dailymotion.com/ccoutreach87/videos
https://www.bitchute.com/channel/jsS961GkXUSn/
Other sites- https://ccoutreach87.com/links-to-my-sites-updated-10-2018/
Cloud links- https://ccoutreach87.com/cloud-links-12-2018/
[Links to all my sites at the bottom of this post]
NOTE- Every so often some of my sites think I am Spam- or a Bot- I am not. My name is John Chiarello and I post original content [all videos and text are by me]. I do share my past posts from my other sites- but it is not spam- Thank you- John.

John 19:25 Now there stood by the cross of Jesus his mother, and his mother’s sister, Mary the wife of Cleophas, and Mary Magdalene.
John 19:26 When Jesus therefore saw his mother, and the disciple standing by, whom he loved, he saith unto his mother, Woman, behold thy son!
John 19:27 Then saith he to the disciple, Behold thy mother! And from that hour that disciple took her unto his own home.
Sunday sermon videos-

ON VIDEO [Links to all my sites at the bottom of this post]
.Filmed outside the Corpus Christi Cathedral
.The carnival in the background
.Jesus the acceptable sacrifice for the sins of man [propitiation]
.John’s gospel unique
.Why did Jesus give the care of his mother to John?
.The Ferris wheel
Teaching-
This Sunday I did a short version of my ‘Sunday sermon’- But you will see why if you watch the video.
I covered the verses from the Sunday Mass- and also shared a few interesting experiences.

On my way into the Cathedral- I spotted someone outside- and realized I would make the video and never make it into the Cathedral.
For the psalm reading- the night before I decided I would teach it in a different way- because of some notes I wrote in my bible in 2013- while reading the Psalm in North Bergen [N.J.]

It had to do with some thoughts about a carnival- and that too is on the video.
So it was a bit different this day- but I feel like I covered what I was supposed to.
I’ll add my past teachings and verses below.
John

I mentioned my friend Nick on the video- here are a few videos I did with him in North Bergen, New Jersey

John 19:26-27 [Full Chapter]
When Jesus therefore saw his mother, and the disciple standing by, whom he loved, he saith unto his mother, Woman, behold thy son! Then saith he to the disciple, Behold thy mother! And from that hour that disciple took her unto his own home.

Then Peter proceeded to speak and said,
“In truth, I see that God shows no partiality.
Rather, in every nation whoever fears him and acts uprightly
is acceptable to him.”

“I have told you this so that my joy may be in you
and your joy might be complete.
This is my commandment: love one another as I love you.
No one has greater love than this,
to lay down one’s life for one’s friends.
You are my friends if you do what I command you.
I no longer call you slaves,
because a slave does not know what his master is doing.
I have called you friends,
because I have told you everything I have heard from my Father.
It was not you who chose me, but I who chose you
and appointed you to go and bear fruit that will remain,
so that whatever you ask the Father in my name he may give you.
This I command you: love one another.”

Exodus 15:1
Then sang Moses and the children of Israel this song unto the Lord, and spake, saying, I will sing unto the Lord, for he hath triumphed gloriously: the horse and his rider hath he thrown into the sea.
Friends- JW, Tim, Claire [Paisley] https://youtu.be/95d90fmPH0A
While making this video- I mentioned I just finished talking to Tim- who showed me some of his art work. I mentioned how one of the pictures was a ‘snake on a pole’- from the story found in John chapter 3. I told Tim how I just taught the ‘snake on the pole’ scripture with Reuben and Albert the other day [see here https://www.youtube.com/watch?v=yYGbQg0Mbn4&t=1s ]. I did not realize until after making the video- that sure enough- you can see the ‘snake on the pole’ emblem right behind me- there is a painting of it at the mission where I made the video

I confess to you all! https://youtu.be/gswElOrMNAU
You see another interesting ‘sign’ on this video as well