Kings Intro- chapter 1
[Post below]
Blog- https://corpuschristioutreachministries.blogspot.com/
The blog is my main site- on some sites if you click the link it gives a ‘warning’- if that happens- simply type the address in or search on google- the site is safe- the most up to date posts are on the Blog.
Site- https://ccoutreach87.com/
Follow us on Facebook- https://www.facebook.com/john.chiarello.5?ref=bookmarks
Subscribe to our Youtube channel- https://www.youtube.com/channel/UCZ4GsqTEVWRm0HxQTLsifvg?view_as=subscriber
Follow us on Instagram https://www.instagram.com/john.chiarello/channel/
Friend us on VK https://vk.com/id533663718
Friend us on OK https://ok.ru/profile/589985645111
Follow us on Tumblr http://johnchiarello.tumblr.com/
Follow us on Twitter https://twitter.com/ccoutreach87
Connect on Linkedin https://www.linkedin.com/home?trk=hb_logo
Watch our videos here- 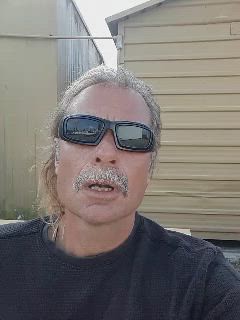 https://www.dailymotion.com/ccoutreach87/videos
https://www.bitchute.com/channel/jsS961GkXUSn/
Other sites- https://ccoutreach87.com/links-to-my-sites-updated-10-2018/
Cloud links- https://ccoutreach87.com/cloud-links-12-2018/
[Links to all my sites at the bottom of this post]
NOTE- Every so often some of my sites think I am Spam- or a Bot- I am not. My name is John Chiarello and I post original content [all videos and text are by me]. I do share my past posts from my other sites- but it is not spam- Thank you- John.

(1047)KINGS; INTRODUCTION- There is no greater Old Testament king and dynasty than that of David. While there are many other types and symbols that point to Jesus [Moses, Joseph, etc.] yet the rule of David and the promises of God to him [raising up a son from his lineage with an endless life who will sit on the throne forever!] are directly related to the purposes of God for his church and the messianic fulfillment of Jesus and his kingdom. Kings was originally one book [1st and 2nd kings]. It was divided when the Septuagint was written [the Greek version of the Old Testament] and stayed divided in Jerome’s Latin vulgate. We will see the division of Israel as a nation [northern tribes-10, southern tribes-2] take place in this book. More time will be spent on the history of the northern tribes, possibly because they needed more prophetic correction, so the recorded words of the prophets are more prevalent in Israel’s history than Judah’s [Paul said to the Corinthians that it was needful for heresies to rise up among them, this gave opportunity to deal with problems that would be beneficial centuries later to all who would read the story!] We also see some practical stuff that applies to the present moment [2009]. The division of the kingdom will be spurred on by the immature decisions of Rehoboam to listen to the bad advice of inexperienced advisers, should I say more? I can’t stress enough the role that David’s dynasty played in the national psyche of Israel and her future hopes of a restored theocracy. In essence their entire national hope was based upon a restored Davidic kingdom that would usher in the Messiah and bring deliverance to the nation from her oppressors [Rome]. Herod the great, Rome’s political leader who oversaw Israel and her land under Roman rule, built the restored temple in hopes of being seen as the leader who would fill the shoes of the promised Davidic restorer. Though Herod was not Jewish, yet he adopted Jewish custom and law in an effort to be seen as the legitimate savior of Israel. Saint Augustine [the bishop of Hippo, North Africa] would later say ‘I would rather have been Herod’s pig than his sons’. He would not eat his swine, but yet he would murder his own sons! Herod was a madman at heart. Well let’s cut this intro short and keep our eyes open as we see Jesus and his messianic kingdom in this story. The church herself will become the fulfillment of this future kingdom under the reign of Jesus as king over all the earth. The New Testament writers will eventually portray Jesus as being the present fulfillment of the promises of God made to David centuries ago, they saw the promises of God as being a presently fulfilled reality thru the death, burial, resurrection and ascension of Jesus, the Son of God. And his being seated at God’s right hand as the ultimate fulfillment of ascending to the throne.