KINGS 6 [Zech 9-10]
[Post below]
Blog- https://corpuschristioutreachministries.blogspot.com/
The blog is my main site- on some sites if you click the link it gives a ‘warning’- if that happens- simply type the address in or search on a search engine- the site is safe- the most up to date posts are on the Blog.
Site- https://ccoutreach87.com/
Site- https://johnchiarello.webs.com/ [Like us on Facebook- Share on socials- The links below as well] 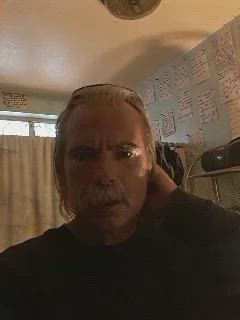 Other sites- https://ccoutreach87.com/links-to-my-sites-updated-10-2018/
Cloud links- https://ccoutreach87.com/cloud-links-12-2018/
[Links to all my sites at the bottom of this post]
NOTE- Every so often some of my sites think I am Spam- or a Bot- I am not. My name is John Chiarello and I post original content [all videos and text are by me]. I do share my past posts from my other sites- but it is not spam- Thank you- John.

1Kings 6:12 Concerning this house which thou art in building, if thou wilt walk in my statutes, and execute my judgments, and keep all my commandments to walk in them; then will I perform my word with thee, which I spake unto David thy father:
Kings 6 videos-

ON VIDEO-
.Ryan’s hope
.Temple built
.Stones prepared away from the temple site
.Why?
.A type of grace- no sound of mans works [hammer- stone prep.]an the temple site
.It had a stairway- and 3 levels
.Why? [sorry- have to watch video]
.No stone seen either- covered with cedar on inside
.Why?
.To God be all the glory [You don’t exalt the stones- ministers- they are simply stones that represent Christ]
.Song of Moses
.Lives of quiet desperation?
.Homer- Troy- Achilles
PAST POSTS- [ My past teachings that relate to this post-Verses below]