[Post below]
Blog- https://corpuschristioutreachministries.blogspot.com/
The blog is my main site- on some sites if you click the link it gives a ‘warning’- if that happens- simply type the address in or search on a search engine- the site is safe- the most up to date posts are on the Blog.
Site- https://ccoutreach87.com/
Site- https://johnchiarello.webs.com/ [Like us on Facebook- Share on socials- The links below as well] 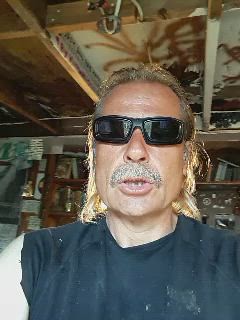 Other sites- https://ccoutreach87.com/links-to-my-sites-updated-10-2018/
Cloud links- https://ccoutreach87.com/cloud-links-12-2018/
[Links to all my sites at the bottom of this post]
NOTE- Every so often some of my sites think I am Spam- or a Bot- I am not. My name is John Chiarello and I post original content [all videos and text are by me]. I do share my past posts from my other sites- but it is not spam- Thank you- John.

Hebrews 8:5
Who serve unto the example and shadow of heavenly things, as Moses was admonished of God when he was about to make the tabernacle: for, See, saith he, that thou make all things according to the pattern shewed to thee in the mount.
Kings 7 videos-
https://youtu.be/vV3VwRrY_0M
https://ccoutreach87.files.wordpress.com/2017/06/6-6-17-kings-7.zip
https://ccoutreach87.com/6-6-17-kings-7/
https://1drv.ms/v/s!Aocp2PkNEAGMhkyxtcAl4FEsk7Wv
https://www.dropbox.com/s/gqw5vqaa8wsicd8/6-6-17%20Kings%207.mp4?dl=0
https://mega.nz/#!nPQ1UY6Y!NSlRSSMAwek7rVzklZeegZ7OTQDEnUqN6nBElZ97TZM
Gary update- https://youtu.be/cKQlYzQFUfQ
http://wp.me/a4V5qQ-C1
ON VIDEOS-
.Gary update
.Why am I still teaching Kings?
.Discipline to finish the job
.Many houses [Mansions]
.Solomon stuck with the pattern and built more than one
.Another Hiram
.More than enough
.Wisdom to build
.Don’t cut corners
.Free cigarettes!
.What day are the prophets speaking about?
.Wisdom from my homeless friend Albert

Zechariah 11:8
Three shepherds also I cut off in one month; and my soul lothed them, and their soul also abhorred me.
PAST POSTS [These are my past teachings that relate in some way to this post KINGS 7-verses below]